Based in Toronto, Shoestring Opera casts are comprised of four musical artists (one soprano, one baritone, one pianist and one cellist) bringing the glory and magic of opera to school children and families.  Since 2004, the company has performed to sold-out audiences across Canada, successfully adapting classic operas in an exuberant, child-friendly format with an emphasis on storytelling and musical excellence.

Shoestring Operas are 45 minutes long, are accessible, relevant and a stretch to the imagination.  Glorious music, madcap humour and great storytelling. Irresistible to all ages! 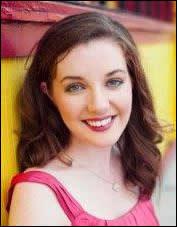 Soprano Katy Clark is a 2017-2018 Rebanks Fellow at the Royal Conservatory of Music. She recently won second place in the prestigious Harold Haugh Light Opera Competition in Jackson, Michigan. As well as singing with the Elora Singers, Katy has sung with the Canadian Opera Company Chorus, and with Michigan Opera Theatre. She is looking forward to playing The Mother in Menotti’s Amahl and the Night Visitors in London this Christmas. In addition to her work as a soloist and performer, Katy teaches private voice and piano lessons in London, ON. 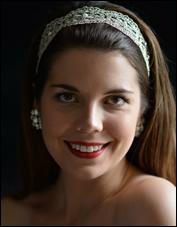 Lyric soprano Tessa Laengert is an active performer based in Toronto.  She earned her degree in Voice Performance from the University of Toronto, and was a recipient of the Robert William Bygrave full tuition scholarship.

Tessa made her principal role debut with the Summer Opera Lyric Theatre in the title role of Mimi in La Bohème, as well as her role debut with Opera In Concert in Impresario.  She has also performed with Against The Grain Theatre, Opera Atelier, Tapestry Opera, Brott Music Festival and the Canadian Opera Company.

Tessa is a voice teacher and vocal coach at Branksome Hall in Toronto.

Gillian made her European operatic debut as a member of the Theaterchor for the Staatstheater in Sankt Gallen, Switzerland. A highlight during this period includes her portrayal of the title character in Frid’s one-woman opera, Das Tagebuch der Anne Frank.

A graduate of McGill University, Gillian holds both Bachelor and Master’s Degrees in Vocal Performance. While at McGill, she was the recipient of the Martha Schiller and Margaret Kalil Awards. 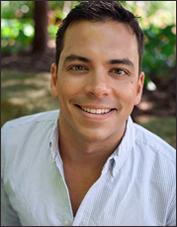 Baritone Anthony Rodrigues is a graduate of Western University and McGill University where he obtained his Masters of Music and Bachelors of Music in Performance and Literature. He has been engaged by festivals and companies including Shoestring Opera, Golden Classical Music Society, Opera Nuova, Halifax Summer Opera Festival, Vox Musicae, Accademia Europea dell’Opera and Abridged Opera.

Anthony is a second place winner of the National Association of Teachers of Singing, Ontario chapter and holds an Ontario Graduates Scholarship for an art song recital concept and performance.

This past season, Janaka made his professional debut with Toronto Operetta Theatre as the Pirate King in The Pirates of Penzance, and in 2015, at Indian River Festival and Stratford Summer Music Festival as Papageno in Brent Krysa’s whimsical adaptation of The Magic Flute. His other roles have included Claudio in Béatrice et Benedict, Uberto in La Serva Padrona, Bartolo and Antonio in Le Nozze di Figaro, Pooh-Bah in The Mikado, Frank in Die Fledermaus, Ben in The Telephone, and Gulgielmo and Don Alfonso in Così Fan Tutte, and Harry Easter in the professional Canadian premiere of Kurt Weill’s Street Scene. 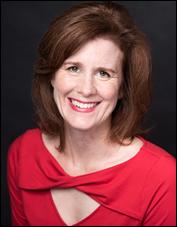 Anne Rankin is trained as a cellist.  She received her Bachelor of Music from the Cleveland Institute of Music and her Artist Diploma from McGill University.

She has freelanced with the Vancouver CBC Radio Orchestra and the Boston Lyric Opera.  She is a certified Suzuki Method Cello teacher and has held teaching studios in London, North York, Peterborough and Boston.

Inspired by a similar outreach program she was exposed to while living in Boston, she founded Shoestring Opera in 2004. 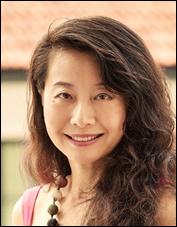 Jiayin Liu is a founding member pianist of Shoestring Opera.  She grew up in Beijing and studied piano there at the Central Conservatory of Music. She completed her Bachelor of Music at Wesleyan College in Georgia and her Masters at the University of Toronto.

In addition to performing actively in chamber and solo settings over the years, Jiayin has more than 20 years of teaching experience in North America and Asia. Her students have won many awards and scholarships in competitions and music festivals. 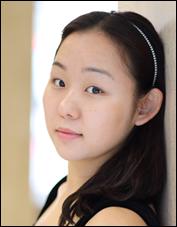 Originally from Seoul, South Korea, pianist Hyejin Kwon is currently based in Toronto, actively working as a vocal coach.

She has received her Bachelor of Music and Masters of Music degrees from Peabody Conservatory and Artistic Diploma from University of Toronto opera. She is also a graduate of Canadian Opera Company’s ensemble studio.

Hyejin has worked as a music staff at Canadian Opera Company, University of Toronto Opera, St. Andrews Opera Workshop by the Sea, Repertory Opera Theatre in Washington, Lyric Opera Baltimore, and Shoestring Opera, and was a vocal accompanying fellow at Aspen Music festival. 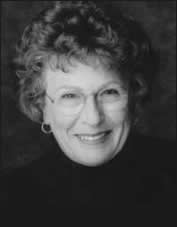 Molly began her lifelong love affair with theatre at the age of eight when she joined the Toronto Children Players, performing plays for children acted by children at Eaton Auditorium. At University, she began again the work of being an actor and shortly after graduation, began her work as a director. She has worked professionally all over Ontario, and is best known as the author/director of the much-loved play about Canadian pioneer writers, The Bush-Ladies. She has directed many plays by women, including the Toronto premiere of Carol Shields’ Thirteen Hands, which appeared on the Best Of Lists of The Toronto Star, NOW Magazine and CBC Radio. She began working with Shoestring Opera in 2005 to develop the company’s first opera, The Shoestring Magic Flute. Since then, she has directed all the other Shoestring projects.

One of Canada’s most distinguished music directors, Wayne Strongman is in demand as a conductor, lecturer and musical dramaturge in Canada and beyond. He is the Founder and former Artistic Director of Tapestry Opera. As mentor to countless creative initiates into the world of opera, Mr. Strongman created a truly collaborative environment for an international roster of composers and writers. He has had the privilege of working with creative and performing artists at the Banff Centre, the National Arts Centre, and the Universities of Toronto and Wilfred Laurier, and the Manhattan School of Music as well as directing projects with Vancouver New Music, Montréal’s Centaur Theatre, American Opera Projects in New York and Scottish Opera in Glasgow. On January 1, 2010 he was made a member of the Order of Canada for his innovative leadership of Tapestry and his volunteer work with the Regent Park School of Music. 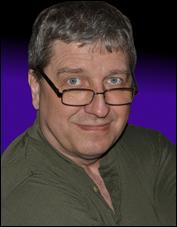 Mark Brownell – playwright for The Schoolyard Carmen, and Shoestring Opera’s Hansel and Gretel

Mark Brownell is a Toronto-based playwright, librettist, teacher and co-artistic director of the Pea Green Theatre Group with his wife and partner Sue Miner. He teaches Theatre History at George Brown Theatre School and playwrighting at the School of Continuing Studies – University of Toronto.

Awards: Nominated for a Governor General’s Literary Award for his play Monsieur d’Eon. He also received a Dora Mavor Moore Award for his libretto Iron Road (with composer Chan Ka Nin), a Dora Mavor Moore Award Nomination for his play Medici Slot Machine and a Capital Critics Award nomination for his new adaptation of Jerome K. Jerome’s Three Men in a Boat. He is also the recipient of the Harold Indie Theatre Award. Other musical/opera related projects include: The Chevalier St. George (Tafelmusik), Ice Time (with Chan Ka Nin/Tapestry Music) The Weaving Maiden (with Chan Ka Nin/Soundstreams), The Barbecue King (with composer Steve Thomas), and Harmonious Interest (with Chan Ka Nin/Victoria Symphony). 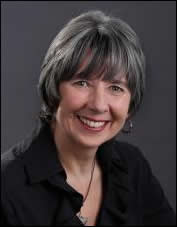 Shirley Barrie has been writing plays for young, family and adult audiences for many years. Her interest in writing for opera was sparked when she participated as a librettist in the Lib/Lab at Tapestry New Opera Works in 2003 and she loves the challenges of the art form. She has often worked with Molly Thom, most recently on I am Marguerite produced at the Alumnae Theatre in Toronto in 2015. I am Marguerite is one of several plays she has written about fascinating women from history whose stories still speak to us today. 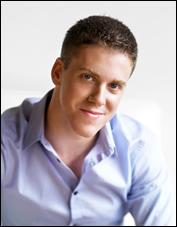 Doug Price began arranging and composing at age 17 on his own show titled “Socks: The Musical”, produced by his high school. He has produced two complete concerts of original music (one of them featuring over 60 performers), and is a recipient of a Top 20 Under 20 Award in Canada. In 2013 Doug completed the 7-month Music Directing Internship at the Shaw Festival under Dr. Paul Sportelli. He completed his Masters in Music Direction from the Royal Conservatoire of Scotland, and he is currently the Co-Head of Music at the National Theatre School of Canada in Montreal. Doug has also been the writer/arranger for several companies in Toronto including Suitcase Theatre (3 touring TYA shows), and MyPopChoir for which he’s contributed over 60 vocal arrangements. 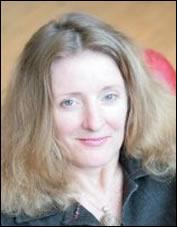 Angela Thomas – costume and set designer for Shoestring Opera’s Hansel and Gretel, and The Schoolyard Carmen

Angela Thomas is a designer and visual artist who has been working in theatre, film and television, for 25 years. She has received eight Dora Mavor Moore nominations and one win for her work in Toronto theatre costumes. Some of her most inspiring and rewarding theatre experiences have been spent working alongside Jerrard and Diana Smith and Chris Clifford, on Murray Schafer’s extraordinary environmental operas. She is especially thrilled to participate in bringing opera to young audiences through the brilliant talents of Shoestring Opera. Recent projects include Dora award winning, ‘Blood Wedding’, with Modern Times Stage and Aluna Theatre, as well as assisting designer Julie Whitfield on television shows, ‘The Music Room’ and The Next Step’ for Temple Street Productions. 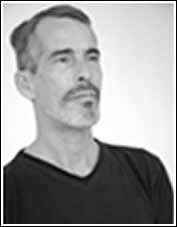 Robert McCollum (Ballet Bob) trained in New York City and went on to dance professionally in both the US and Canada. Mr. McCollum is the coordinator of the Adult Ballet Program of the National Ballet School and also teaches for the Professional Program at the School of Toronto Dance Theatre, the Canadian Children’s Dance Theatre and George Brown Theatre School as well as company class for the Toronto Dance Theatre. He has choreographed for professional theatre and opera, most recently with Toronto’s Soulpepper Theatre. 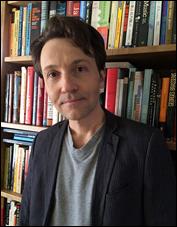 Dominique Denis is a Toronto-based translator who works predominantly in the cultural field. His clients include the Toronto Symphony Orchestra and the Art Gallery of Ontario. He is French Editorial Director at the Art Canada Institute, which publishes online art books on Canadian artists. As a freelancer, he has translated plays, songs, poetry as well as operas. Dominique also teaches French as a second language, having created Parlons chanson, a course teaching French to adult learners through the use of songs.